"The Test Market" is the second episode of the first season of Acquisitions Incorporated The "C" Team.

Walnut Dankgrass, Donaar Blit'zen, Rosie Beestinger, and K'thriss Drow'b ride their new mouse allies like mounts across the floor of the Test Market inn. After riding for an entire day they break to make camp and get some rest, while Walnut scavenges for enough food to feed their mice companions.

While on watch, K'thriss hears a deep, rhythmic bass noise he can't identify. The mice are clearly scared of the noise. He wakes up the rest of the party, and they jump on their mice and ride away as quickly as possible. While they flee, the mice try to stay close to chairs and tables - a strategy which works well up until a large amount of beer spills off from a table edge and the party has to quickly dodge it. Most of them make it through successfully, but K'thriss is knocked off his mouse.

Walnut attempts to grap K'thriss with her thorn whip, misses, and Rosie has to save the day with a minor illusion, distracting Onyx and allowing the team to rescue K'thriss. They then continue fleeing with Onyx close in pursuit, Rosie casting pass without trace on the group. After a chess set is knocked off the counter, The "C" Team hides in the newly created 'chess forest'. K'thriss casts dancing lights in front of Onyx's eyes, who begins to rake the 'chess forest' for the mice.

The "C" Team then proceed to 'ATAT' under the cat, who notices Walnut and pins her beneath her paw. She then bargains with Onyx to let them go free. She allows this, even allowing them to ride on her back the rest of the way, but with the mice as forfeit. Onyx also tells Walnut that she would expect payment for her actions.

Upon moving through the black vortex, The "C" Team find themselves within another version of the inn, filled with three lost adventurers: a knight, a wizard and a rogue. They have formed a barricade against the front door to protect themselves against a strange monster that had apparently killed their 4th party member. They had been staying here since that event, but something is off about the whole situation. The "C" Team try to investigate and the trio proceed to attack them.

The Wizard charms K'thriss and casts crown of madness on Walnut, who attacks Donaar. The first attack against him bounces off his armour, but the second one catches him under a plate. When K'thriss asks the wizard about it, he giggles slightly, as does K'thriss himself, due to the effects of the charming spell. He then hexes Walnut and casts vicious mockery on the Rogue, who is not effected by the spell's effects.

Rosie attempts to prevent communication between the aggressors by casting silence on them, which while the spell is successful cast, the trio get around it with complex hand signals. Donaar, with Walnut still attempting to cut him to ribbons, proceeds to throw her over the railing onto a food filled table. He then runs upstairs to investigate the persistent, insistent knocking noise, but is deterred by his PTSD. With Donaar out of the equation, Walnut takes a swipe at K'thriss, who catches it with his teeth. She fails to break free of her clouded mind so instead backs away from him as much as possible.

K'thriss considers attacking the wizard, but, prevented by the charm's effects, he whispers to the rouge, gifting them a large hunk of damage, who then proceeds to dive behind the bar. She takes a revenge shot at K'thriss, who takes a minor amount of damage, whilst the wizard launches magic missiles at Donaar. The knight attempts to strike Rosie, in expectation that she would move, but she doesn't, causing him to miss the attack. Rosie strikes back, hitting the bloodless sword before moving into a defensive stance. Donaar has moderate success with his bane, catching 2 out of 3 targets.

Walnut attacks K'thriss again, giving him a nasty blow, once again desperately retreating away from him. He proceeds to run upstairs to finally investigate the knocking noise. He discovers the 4th member of the lost recruits. K'thriss removes the gag whilst the rouge downstairs shoots Donaar, causing minor damage. The wizard then attacks the confused druid with a curtain of flame, disintegrating the crown and freeing her from it's effect. The knight takes a swipe at Rosie, misses again, and she returns with two rapid strikes, that send him stumbling away.

Donaar vomits onto the wizard, hosing her with 8 points of acid and destroying half of the barricade, then a furious Wolfnut begins her own assault on the structure. A swarm of squirrels also congregate around the wizard, nipping and tearing at her robes. K'thriss continues his encounter with the now-freed prisoner, unsuccessfully asking them for 'heals'. He then flees downstairs, attacking the knight with a newly obtained stool leg, misses the head and instead hits the shoulder. The wizard continues to struggle with the squirrels whilst the knight continues to attack Rosie, missing whilst she critiques his awful form, but in a rare hypocritical moment, she exhibits awful technique herself, not hitting even with advantage on her side.

Donaar, wanting to finish what he started, brings out Toothbrush and brings the sword hard down upon the wizard, catching him right on the side and dealing 13 damage, before swashing him right into the ground. Wolfnut pounces on and bites the knight on the back of the knee, giving him 10 damage. K'thriss casts vicous mockery on the rogue, who takes 3 damage. The knight is unable to free himself from Wolfnut, the newcomer rushes towards the door and the rogue takes a swipe at Wolfnut's muzzle, deflected by one of her canines. Rosie attempts to attack the rogue and fails again missing both attacks.

Donaar opens the door, whilst Wolfnut attempts to bite down on the knight, but fails due to her bloodlust. K'thriss considers going downstairs, deciding to instead blast the knight for 10 points of damage: three quick shots in the back, which leaves him lying dead on the floor. The rogue dislikes the situation she finds herself in and surrenders, before the newcomer backs his way into the portal. K'thriss convinces the rogue to go into portal, but Donaar grabs her anyway and drags her through. A strange sceaming noise is made, different from the usual and Donaar is reminded of his fear of doors. Rosie loots the body of the knight and obtains a chest piece and some gold. Wolfnut, Rosie, K'thriss and finally Donaar step through the doorway, finding themselves on a forest road, without neither K'thriss or the prisoner.

"There are fresh beds whenever you open a door. There is hot food, good food, everytime you get a plate.And I said "If I left here, I would be trying to earn money, so that I could have frest beds and food."And that's when it occured to me, that I didn't have to do it. I think maybe being a lakey for Acquistions Incorporated, isn't in my business plan." -Unnamed Knight

"We have a really good thing going here, and we don't know what happens when someone leaves, so you can't leave. You can make your peace with it, or we can figure you out, just like we figured the other groups that came through here." -Unnamed Wizard 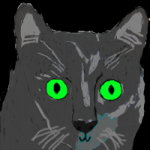 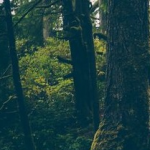